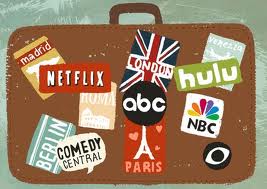 If you’re watching content that’s geo-restricted from a nation outside of the one in which it’s hosted, it’s likely not an issue, according to an article in BuzzFeed. VPN services are commonly used to access content that is restricted to viewers in a particular nation. Because a VPN can appear to come from any nation where a server is located, it’s easy enough to log onto a server in the nation required and to watch content. The BBC, for example, has a lot of content that’s only available to UK viewers. By utilizing a VPN, viewers in any other nation can appear to be coming from the UK, allowing them to access that content.

According to lawyers quoted in the article, utilizing a VPN in this fashion exists in something of a legal gray area. Because the VPN is technically in the nation to which the content is geo-restricted, some of the lawyers argue that there’s really nothing wrong being done. Additionally, nothing is being stolen. Intellectual-property pirates actually steal content. The content on geo-restricted sites is generally offered for free, which means nothing is being stolen, it’s merely being watched.

One lawyer in the article points out that, because there is no language in any of the geo-restricted content terms of use described in the article that specifically forbids the use of a VPN, there’s really nothing that a VPN user can get in trouble for. Of course, this may change and it’s always important to check the terms of usage for any content that you want to view on the Internet. Downloading and sharing content without purchasing it, of course, is piracy.

One other technicality that takes a bit of the pressure off of VPN users is the simple fact that the servers they’re using are actually located in the nations to which the content is geo-restricted. When you are on a VPN server in the UK, for instance, you are actually functioning with a UK IP address.

Proxies and VPN servers are very popular for accessing content that’s restricted to one particular nation. This is particularly true in nations outside of the United States and United Kingdom. If you happen to be using a VPN to connect to your favorite television shows on the Internet, according to the article in BuzzFeed, there is likely little to worry about in this regard. While the content may be geo-restricted, it is still being offered for free and, if you’re streaming it, you’re just watching it, you’re not stealing anything.

Founded in 2016, iTop VPN is a secure and reliable VPN service provider that has over 10 million users worldwide.  iTop VPN offers Internet … END_OF_DOCUMENT_TOKEN_TO_BE_REPLACED

OVPN is a VPN service that is said to seriously uphold privacy and security. According to their site and several other sources, they don’t just … END_OF_DOCUMENT_TOKEN_TO_BE_REPLACED

VeePN is a fast and secure VPN service that protects your privacy online. With access to unlimited traffic and bandwidth, 10 simultaneous connections, … END_OF_DOCUMENT_TOKEN_TO_BE_REPLACED