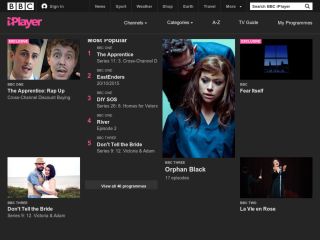 The BBC is blocking VPN users from accessing iPlayer. The blockage isn’t only affecting those outside the UK. People who use a VPN in the UK are finding themselves shut out, as well.

The BBC is supported by a public licensing scheme. UK viewers pay a fee of £145 per year to access BBC content, whether that means watching it on their televisions or watching it on Internet streams.

The iPlayer service is intended for those who pay that fee but, according to the BBC’s own reporting, millions of people worldwide access the iPlayer from other nations without paying the licensing fee.

The BBC’s own reporting also reveals that twenty-five percent of people worldwide use VPNs, which allow them to hide their real IP address and appear to servers to be in a different location. Hence, users in far-flung corners of the world can get a UK IP address and access the iPlayer as would any license-paying BBC subscriber. That was the case until recently, at least.

While preventing people who don’t pay the £145 fee from accessing BBC content isn’t particularly surprising, it does have an unintended consequence that’s bad for user security.

People in the UK use VPNs, as well. Even if they’re paying their license fee and accessing iPlayer content on the up and up, their use of a VPN will prevent them from getting what they paid for.

VPNs provide encryption, protecting one’s Internet traffic from those who might spy upon it, including cybercriminals and intrusive governments. Users in the UK who want that security will have to give it up if they want to watch BBC content, and that puts them in a bad spot where staying safe online is concerned. Essentially, surf unprotected or you won’t be able to get the content that you paid for.

Not an Original Plan

The BBC isn’t the only streaming service to shut out VPN users. Hulu also makes life difficult for those who want to protect their privacy and watch streaming content by blocking out VPN users.

There are some ways that you might be able to get around these blockages. The BBC appears to be blocking IP addresses associated with VPN services, which means that switching your IP might alleviate the problem.

You might also try SmartDNS services, which are set up to allow people to get around geo-restrictions on content. These have become popular with people in nations that don’t have access to services like Netflix and other streamers and provide an easy way to see the content without hooking up to a VPN.

For BBC subscribers, however, things don’t seem likely to get easier any time soon. For the moment, you can see the content that you paid for or you can be safer while you’re using the Internet, but not both.

Founded in 2016, iTop VPN is a secure and reliable VPN service provider that has over 10 million users worldwide.  iTop VPN offers Internet … END_OF_DOCUMENT_TOKEN_TO_BE_REPLACED

OVPN is a VPN service that is said to seriously uphold privacy and security. According to their site and several other sources, they don’t just … END_OF_DOCUMENT_TOKEN_TO_BE_REPLACED

VeePN is a fast and secure VPN service that protects your privacy online. With access to unlimited traffic and bandwidth, 10 simultaneous connections, … END_OF_DOCUMENT_TOKEN_TO_BE_REPLACED