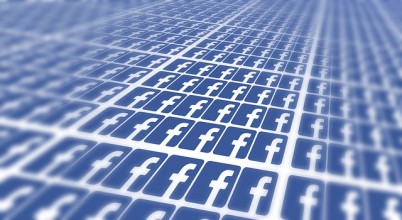 Ever say something stupid on Facebook? It might be harder than you think to erase your tracks, and that could unfairly punish you for years, all because of a moment of ill-advised behavior.

Facebook does some sketchy things. One of the most recent was amending their privacy policy to allow them to basically stalk you all over the Internet. Of course, they offered their usual defense; they notified users. In all fairness, users can opt out of the tracking, but how many are likely to take the steps necessary to do so?

What this reveals is that, like it or not, Facebook has significantly woven itself into the fabric of most people’s lives, sometimes in unwanted ways. The site has nearly 1.5 billion active users. That figure counts  users who had logged into the service within the last thirty days before that figure was gathered in the third quarter of 2015.

Facebook offers users the option to not have their posts indexed in search engines, which is a good idea. According to reporting in Quartz, the majority of the links users asked Google to remove from its indexes under Europe’s right to be forgotten policy were from Facebook.

This has caused some controversy. The BBC, for instance, pointed out in a blog that some of their pages had been delisted from the search engine’s index . The worrisome element, at least for some, is that delisting requests might allow public figures and others to have information that should be freely available scrubbed from the indexes.

That doesn’t seem to be what’s happening, at least thus far. The Guardian reported in July that less than five percent of the more than 200,000 delisting requests sent to Google had anything to do with public figures, politicians or crime. In excess of ninety-five percent of the requests came from ordinary people.

How Can You Be Forgotten?

Even though the EU has established the right to be forgotten, it doesn’t apply anywhere else.

France recently tried to force Google to extend removals from its EU indexes to its worldwide results, but the search giant refused.

There are some strategies you can use to push negative results down in Google’s indexes, or to remove them altogether, however.

The first and best way to get rid of an undesired search result is to remove the post from Facebook and any webpage that archived it. It might show up in the results for a time, but eventually the dead link should be removed.

This, of course, depends upon the cooperation of webmasters. If an unflattering social media post you made went viral, you might have a hard fight ahead of you.

There are some types of information that Google will remove as a matter of policy. If the information contains a government-issued ID number, for instance, if it’s somehow exploitative or if it can be used to harm you financially or otherwise, you can submit a request for removal as an alternate means of getting the index scrubbed.

Otherwise, your best option is to set your privacy settings on Facebook so that your posts aren’t indexed. You can also limit the audience for your posts to your friends and avoid posting anything publically.

You might also consider having a secret profile that isn’t available to anyone except for you and your friends. Of course, be very careful about what you post on your public profile.

After all, unless you’re in the EU, Google is going to remember what it finds about you on Facebook, and you have no right to have it taken down.

Founded in 2016, iTop VPN is a secure and reliable VPN service provider that has over 10 million users worldwide.  iTop VPN offers Internet … END_OF_DOCUMENT_TOKEN_TO_BE_REPLACED

OVPN is a VPN service that is said to seriously uphold privacy and security. According to their site and several other sources, they don’t just … END_OF_DOCUMENT_TOKEN_TO_BE_REPLACED

VeePN is a fast and secure VPN service that protects your privacy online. With access to unlimited traffic and bandwidth, 10 simultaneous connections, … END_OF_DOCUMENT_TOKEN_TO_BE_REPLACED