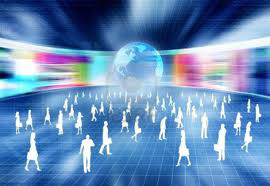 If you’re in the market for a VPN provider, you may want to consider getting a provider located out of the US. This is because of recent revelations that the NSA has not only been spying on Americans, but they have violated their own restrictions on spying on Americans thousands of times, according to recently leaked documents.

It is not a perfect solution, however. While foreign VPN providers could offer some benefits, any user who underestimates the ability of the NSA to defeat privacy options is being somewhat overconfident. In fact, Edward Snowden, the man responsible for leaking some of the most damaging internal documents from the NSA ever – who is now in exile in Russia – has said in the past that encryption works, but the endpoints are generally not secure enough to prevent the NSA from snooping.

According to an article on CSOOnline.com, the real advantage in using a foreign VPN provider is that the foreign VPN provider will not be subject to the Patriot Act, a law which has become the bane of civil libertarians and people who simply have an interest in maintaining some semblance of privacy. The abuses of the Patriot Act have led many people to try to find ways around the threat of being spied upon by US spy agencies.

One of those ways is, in fact, using a foreign VPN provider. Some VPN providers are capitalizing on this and offering their services at discounted rates. There are some disadvantages, however.

First and foremost, it is certainly reasonable to assume that the NSA would be capable of hacking into a foreign VPN provider’s servers to get information. Foreign VPN providers also oftentimes have problems with slow connections for people in the US, given the distance that information has to travel.

That being said, foreign VPN providers that don’t keep records of their clients connections to their servers are in a good position to keep the privacy of their customers intact. Whether or not they choose to comply with a US request for information would depend upon whether or not their home nation is friendly to the US and, if it is not, there is always the possibility that they would simply ignore the request. In cases where US spy agencies are significantly motivated to get information, however, privacy is still under a great deal of threat. At the moment, VPN services and the encryption they provide are among the best options for preserving what privacy users can expect.

As a footnote, many US VPN providers have expressed a commitment to protecting their customer’s privacy at all costs and have openly made statements against the abuses by the NSA.

Founded in 2016, iTop VPN is a secure and reliable VPN service provider that has over 10 million users worldwide.  iTop VPN offers Internet … END_OF_DOCUMENT_TOKEN_TO_BE_REPLACED

OVPN is a VPN service that is said to seriously uphold privacy and security. According to their site and several other sources, they don’t just … END_OF_DOCUMENT_TOKEN_TO_BE_REPLACED

VeePN is a fast and secure VPN service that protects your privacy online. With access to unlimited traffic and bandwidth, 10 simultaneous connections, … END_OF_DOCUMENT_TOKEN_TO_BE_REPLACED