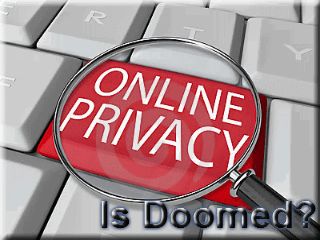 Along with agencies such as the Department of Homeland Security, Google may be one of the worst offenders when it comes to protecting online anonymity. Despite the search engine giant’s public professions of not being “evil”, the company is increasingly making moves that work to end online anonymity as we know it. This has serious implications for people who live in free nations like the US and even more grim implications for those who live in authoritarian nations and who may face immediate, and possibly deadly, consequences for dissenting.

The Question of Online Anonymity

There’s really no question as to how governments feel about online anonymity: they hate it. Even though efforts at stamping it out are things usually associated with authoritarian regimes, the DHS has been making increasingly invasive moves to monitor political dissent online and to tie that dissent to the actual identities of people who may have posted online.

According to GlobalReasarch.ca, the Electronic Privacy Information Center has filed a FOIA request to get information on the DHS about how the agency has been monitoring social media networks.

The reporting found that the DHS has been using General Dynamics to monitor the postings of those who voice political dissent online and to monitor the posters themselves. The reporting on GlobalResearch.ca reveals that some of the most popular websites online are being monitored, including the comments sections of The Huffington Post, the Drudge Report, Wired, The Los Angeles Times, Newsweek, ABC News and several others.

Social media networks are also being monitored for political dissent, according to the reporting. Facebook and Twitter are both being monitored, and even MySpace is in the sights of the DHS via General Dynamics.

According to the reporting, General Dynamics has been instructed to create reports on who says anything critical of a range of government agencies and what, exactly, they happen to be saying. 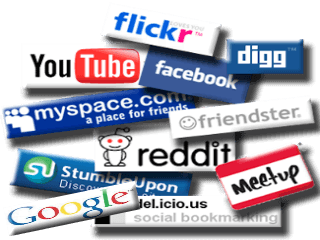 Google is well-known for their search engine, but they make their money on advertising. One of the aspects of Google’s business model that has privacy advocates concerned is the fact that Google personalizes advertising based on prior user searches and other information. According to Search Engine Journal, quoted in the reporting, Google+ is an identity verification network and the content that Google can associate with a verified identity may get preferential treatment in search results. Essentially, if you want to remain anonymous online, Google may well stop paying attention to anything you have to say.

The article gives several examples of how anonymous speech has been the catalyst that has moved society forward many times in the past and how the Supreme Court in the US has consistently held up the right to anonymous speech. For government agencies that want to engage in spying and for companies that want to market in sometimes eerily personalized ways, however, anonymity is a hindrance, at best.

For most Internet users, the best solutions to protecting online anonymity are VPN services, which are becoming more popular all the time. Encrypted traffic prevents direct spying and a hidden IP address makes it exceptionally difficult for nosy agencies on the Internet to identify a VPN user’s identity.

Founded in 2016, iTop VPN is a secure and reliable VPN service provider that has over 10 million users worldwide.  iTop VPN offers Internet … END_OF_DOCUMENT_TOKEN_TO_BE_REPLACED

OVPN is a VPN service that is said to seriously uphold privacy and security. According to their site and several other sources, they don’t just … END_OF_DOCUMENT_TOKEN_TO_BE_REPLACED

VeePN is a fast and secure VPN service that protects your privacy online. With access to unlimited traffic and bandwidth, 10 simultaneous connections, … END_OF_DOCUMENT_TOKEN_TO_BE_REPLACED