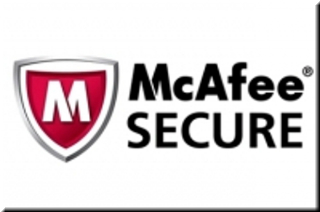 McAfee is one of the most well-known antivirus software options out there. According to a story in TorrentFreak, the company has recently added a feature that users may find to be a bit disturbing.

The new feature that has just been patented by McAfee detects pirated content and prevents people from downloading it. It also suggests legal alternatives, shuffling users off to the entertainment industry-approved venues, even if they didn’t happen to be trying to download anything illegal. The system uses a blacklist, according to the article, which can go so far as to censor user’s access to the Internet by completely blocking out pages that McAfee decides that user’s shouldn’t’ be able to view.

This is the latest in a series of moves that benefit the entertainment industry and really no one else by censoring the Internet to suit the needs of the copyright cartel.

The new feature will give users an option to click through and to see the content or to go to an alternative site where they can download the content that the program assumes the user is trying to pirate. Of course, this means that the program is keeping tabs on what you’re doing on the Internet, which raises serious concerns about privacy, ironically enough because of a program that advertises itself as being able to protect your privacy and security.

Unfortunately for McAfee, there’s really no need to pay for antivirus protection any more. Programs such as Avast! and AVG offer free alternatives that provide excellent protection in a streamlined package

McAfee, aside from now apparently working for the copyright industry, is also notorious for being slow and for constantly “advising” users of various threats that it detects and for causing other nuisances. Other paid antivirus programs have been criticized for the same types of behavior, filtering content in searches, constantly asking users to try new features and so forth.

The free versions of antivirus software are generally minimal, which is all most users will need to protect themselves against viruses. Many of the free programs also come with “site advisor” type tools, however, which can be deselected during the install process or removed once the program is installed. For the best performance and to preserve your privacy, using an antivirus program that protects against viruses alone is usually the best bet and the most sensible one if you want to have your privacy protected on the Internet.

Founded in 2016, iTop VPN is a secure and reliable VPN service provider that has over 10 million users worldwide.  iTop VPN offers Internet … END_OF_DOCUMENT_TOKEN_TO_BE_REPLACED

OVPN is a VPN service that is said to seriously uphold privacy and security. According to their site and several other sources, they don’t just … END_OF_DOCUMENT_TOKEN_TO_BE_REPLACED

VeePN is a fast and secure VPN service that protects your privacy online. With access to unlimited traffic and bandwidth, 10 simultaneous connections, … END_OF_DOCUMENT_TOKEN_TO_BE_REPLACED