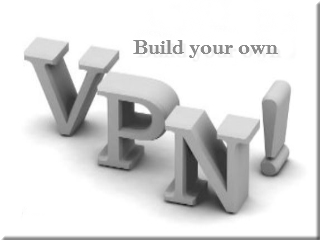 You can get a VPS server just about anywhere in the world, which allows you to make it seem like your traffic is coming from a remote nation. Remember that your speeds will slow down with greater distance from the nation where your server is hosted, however.

You’ll also need an SSH tool to get the server running. If you’re familiar with the Linux command line, you should have no trouble using one of these. You can download an SSH client from Putty

You can get the source code for OpenVPN here. You’ll have to download and install whatever version is appropriate for your flavor of Linux.

Setting up your own VPN might be rewarding, particularly if you like to experiment with computers and you have a Linux box and some familiarity with the command line. If you’re not, it could be a lot of work and, if you’re not very comfortable with computers—a Windows or Mac “super user”, at the very least—you might find building your own VPN to be rather demanding and not so much fun as frustrating.

Commercial VPN services offer the same capabilities for a monthly subscription or as a block of download bandwidth and they require very little in the way of technical ability to use. In fact, most of them are turned on and off by clicking a button on an included application.

If you want to experiment, however, and want to know how a VPN works at the most technical level, this might be an enjoyable project for you.

Founded in 2016, iTop VPN is a secure and reliable VPN service provider that has over 10 million users worldwide.  iTop VPN offers Internet … END_OF_DOCUMENT_TOKEN_TO_BE_REPLACED

OVPN is a VPN service that is said to seriously uphold privacy and security. According to their site and several other sources, they don’t just … END_OF_DOCUMENT_TOKEN_TO_BE_REPLACED

VeePN is a fast and secure VPN service that protects your privacy online. With access to unlimited traffic and bandwidth, 10 simultaneous connections, … END_OF_DOCUMENT_TOKEN_TO_BE_REPLACED