What Is a VPN?

VPN stands for Virtual Private Network. It is a security tool that provides privacy protection by encrypting data that’s sent to and from your computer.

What Is a VPN Client?

On VPNReviewz.com, we use the terms “client” and “client software” to refer to software that’s designed to make it easy to connect to your VPN service and to monitor that connection. Most VPN providers offer their own, though some require that you use an open-source product or configure your connection manually. We always specify this in the reviews.

Do VPNs Work with All Operating Systems?

Yes. You can use a VPN to secure your communications, no matter which operating system you’re on.

Does a VPN Secure All of My Communications?

The VPN will secure any communication that is first sent to the VPN server. That means that your Internet browsing, instant messaging and so forth are secured. Having a VPN on, however, will not secure communication that takes place off of the computer where the VPN is installed. For instance, if you’re using a mobile device and your computer on the same network, you must have the VPN activated on both devices to secure communications from each of them. This applies unless you have a VPN router; see below.

Does a VPN Change My IP Address?

Does a VPN Change my DNS Server Address?

Yes, but be aware that DNS leakage, meaning that the DNS server your ISP provides is revealed, is a common problem. Some VPN clients have a feature that fixes this. Alternately, you can manually configure your DNS server to your VPN provider’s or use Google’s DNS service.

How Do I Know the VPN Is Working?

You can check both your IP address and DNS server address at DNSLeakTest.com. If the DNS address is from your ISP, you need to activate DNS leak protection or configure your DNS servers manually.

Do VPNs Work on Mobile Devices?

Yes, they do. Most providers have a client or instructions for configuring your mobile device to use their VPN servers.

Will VPNs Work on Other Devices?

Yes. Many VPN providers offer instructions for setting up VPN connections on gaming consoles and more.

What Is a VPN Router?

A VPN router connects directly to your VPN service. This allows it to encrypt any device that’s connected to the network for which it routes traffic.

Is it Okay to Leave My VPN on All the Time?

Yes, provided your service doesn’t charge you based on the amount of data you transfer. If you have an unlimited account, we recommend that you always have your VPN turned on.

Will a VPN Slow Down My Internet Connection?

Yes. Your traffic has to pass through the VPN server, which encrypts it and passes it on to whatever Internet destination you wish. This will invariably slow down your connection a bit. We always speed test VPN services to see how well they perform in this regard.

How Do I Maximize the Speed on My VPN?

Connect to a server that’s geographically close to you. Some VPN providers offer a feature that shows how heavily their servers are loaded. Choose one with few users to maximize your speed.

What Are VPN Protocols?

VPNs use various protocols to secure your communications. There are several different protocols you can choose from; each is detailed below. The most common protocols include PPTP, L2TP/IPSec, OpenVPN, IKEv2 and SSTP.

PPTP stands for Point to Point Tunneling Protocol. It is not secure and should not be used, in our opinion. It’s easy to set up, but it doesn’t provide you with the privacy protection you need.

L2TP/IPSec is available on any operating system. L2TP stands for Layer 2 Tunneling Protocol. It doesn’t provide encryption by itself. IPSec provides the encryption. L2TP/IPSec may have been compromised by the NSA, but it’s a better solution than PPTP and just as easily configured on most devices. This protocol is slower than PPTP.

OpenVPN is an open-source VPN protocol and the most popular at present. It has no known weaknesses and, therefore, is the best choice for most users. It has several other advantages, such as being able to run on various ports and compatibility with several different encryption types. You’ll need third-party software to set up OpenVPN.

IKEv2 stands for Internet Key Exchange Version 2. It is a proprietary protocol from Cisco and Microsoft. It’s generally considered the best option for mobile users, though it works on desktop devices, as well.

SSTP stands for Secure Socket Tunneling Protocol. This is a Microsoft-developed protocol, but it works on Linux and Routers, as well. It’s considered very secure but, because it’s not open source, no one can examine the source code. It’s not as common as OpenVPN and is best for Windows users.

What Is Encryption Length?

VPN providers offer 128-bit and 256-bit encryption. This term, to avoid getting too technical, refers to the complexity of the encryption used to secure your communication. For the best privacy protection, 256-bit encryption is preferable, though 128-bit does still seem to be secure, according to most experts.

What Are AES and RSA?

AES and RSA are ciphers. They refer to the mathematical operations that are employed to encrypt and decrypt communications. AES is considered to be more secure than RSA by most experts.

What Is a Proxy?

A proxy server forwards your requests and, in doing so, hides your IP address. It will not, however, encrypt your traffic, so it is visible.

What Is a SmartDNS?

A SmartDNS service changes your DNS server address so that you appear to be located in a different part of the world. These are most commonly used to get around region-restricted content. For example, someone in Australia might access the US Netflix catalog by using a SmartDNS service. SmartDNS servers do not encrypt your data.

How Can I Pay For a VPN Anonymously?

You can use Bitcoin and other anonymous payment methods to purchase some VPN services. We specify this in our reviews.

What Is VPN Logging?

Logging refers to the VPN service itself monitoring your traffic. This is usually a negative, but not always. Some VPN services log to ensure that no one is abusing their service—sending spam, for example—and others log for different reasons. For the highest levels of privacy, no logging is better.

What Are Shared IPs?

This means that you have the same IP address as other users on the same VPN network. It makes it virtually impossible to figure out what any one user was doing at a given IP address.

Does a VPN Protect Me from Viruses?

No. You still need antivirus, if your OS requires it.

How Do You Determine Whether a VPN Service is Good or Bad?

We look at several factors, including speed, encryption strength, the client provided, the cost, the company’s reputation, the logging policy and more. We endeavor to provide objective reviews in all cases so you can choose a service with confidence.

Has the NSA Broken VPNs?

Right now, it appears that OpenVPN is secure. PPTP is not. L2TP/IPSec has likely been weakened. As to what the NSA has and hasn’t done, no one really knows for sure, but a VPN is still your best bet for protecting your privacy. VPNs also provide protection against many different types of criminal cyber attacks.

How Does Tor Fit into This?

Tor provides secure surfing via encryption and by concealing your IP address, much like a VPN. With a VPN on, no one can see that you’re using Tor. Tor itself has been compromised more than once, so a VPN provides an extra layer of protection against snooping.

Check out our reviews. If a service interests you, click on the Visit link and you’ll go right to the VPN provider’s homepage where you can sign up. We have VPN services divided up by use so you can make a well-informed decision.

Unlocator is a SmartDNS service. While you can upgrade to include a VPN, in many cases you may not need a full VPN service, especially if there is no … END_OF_DOCUMENT_TOKEN_TO_BE_REPLACED

Smarty DNS is a SmartDNS service, just as the name implies. And while the the company does provide a decent VPN, this services really shines because … END_OF_DOCUMENT_TOKEN_TO_BE_REPLACED 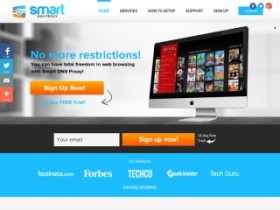 Smart DNS proxy has headquarters in the Seychelles. The company opened up in 2013 and provides a service that’s aimed at unblocking websites with … END_OF_DOCUMENT_TOKEN_TO_BE_REPLACED 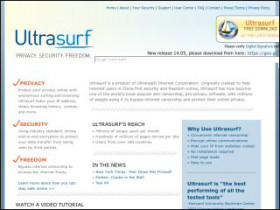 UltraSurf is a bit different than most of the VPN services we review. This is a free service, provided by the company UltraReach, which is … END_OF_DOCUMENT_TOKEN_TO_BE_REPLACED