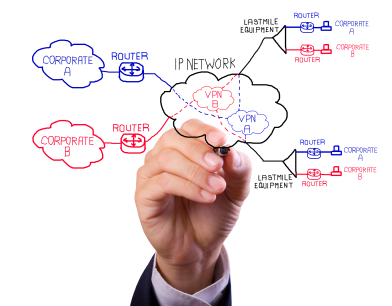 VPN services are popular for many different reasons. Here are five of the most common reasons that people choose to subscribe to one of these services.

A VPN service encrypts all of the communication between you and the networks or Internet-based services that you are making use of. In nations where Internet traffic is monitored for political reasons, people oftentimes rely upon a VPN service to provide them with privacy.

In some nations and on corporate networks, there are usually quite a few websites that are blocked out. A VPN service allows you to visit any site on the web. If there is a network or national firewall in place, the VPN will still allow you to get by it and to access any site you want. In many nations, a VPN service is the only way that people can access popular websites such as YouTube, Facebook and other social networking sites. In nations where speech is not restricted, VPN services are sometimes used to unblock Internet casino sites and other types of restricted sites.

Skype and other VoIP services are restricted in some areas. For example, the United Arab Emirates doesn’t allow any type of VoIP service to be used on its Internet network. Some of the people who use VPN services use them so that they can voice and video chat with people all over the world without worrying about being monitored.

Some websites are forbidden for everybody except those located in a certain nation. A good example of this is the popular video site Hulu. VPN servers can be located in any nation, so an Internet user can show up at Hulu or other restricted sites with an IP address that appears to be from the US or whatever other nation is the only one allowed to visit the site.

Even though they are used for legitimate file transfers and, even more than that, they are among the most efficient ways to transfer files of any kind, torrent transfers are restricted by some ISPs. To get around this, some people use a VPN service, which encrypts the traffic so that the ISP cannot see that a torrent is being downloaded. This also provides privacy to the user, so they don’t have to worry that using this popular and exceedingly practical protocol will trigger network monitors to intrude upon their traffic to make certain that no copyrights are being infringed upon.

If you are interested in signing up with a VPN provider – check out our list of the best VPN providers for 2012 on that page we list the top providers and the most important features such as price, speed, number of countries available and number of ip address. Different countries are subject to different laws and different freedoms so you might want to do a bit of investigating before you choose. Several of our top providers also have money back guarantees. Specifically top VPN providers HideMyAss and ExpressVPN both have 30 day money back guarantees.

Founded in 2016, iTop VPN is a secure and reliable VPN service provider that has over 10 million users worldwide.  iTop VPN offers Internet … END_OF_DOCUMENT_TOKEN_TO_BE_REPLACED

OVPN is a VPN service that is said to seriously uphold privacy and security. According to their site and several other sources, they don’t just … END_OF_DOCUMENT_TOKEN_TO_BE_REPLACED

VeePN is a fast and secure VPN service that protects your privacy online. With access to unlimited traffic and bandwidth, 10 simultaneous connections, … END_OF_DOCUMENT_TOKEN_TO_BE_REPLACED