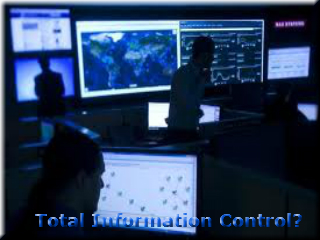 More and more, governments are trying to get more access to information. They’re doing it through acts that, for instance, put very stringent reporting requirements on any individual who has foreign accounts and on foreign banks. At the same time, terrorism is being used as a justification to get other types of information, oftentimes without warrants of any kind, and to sometimes actually detain individuals indefinitely.

Having little control over how information flows over the Internet has vexed many oppressive regimes but, increasingly, they’re seeking to change that situation.

Surveillance State of the Art

Information on the Internet has not been given the same protections as information in other formats. For instance, according to an article in Fox News, Google was asked on over 31,000 occasions for data on its users by the US government. According to the company itself, they gave over data about the users in the vast majority of the instances. There were few instances where the government presented a warrant for this information.

Of course, searching someone’s house without a warrant or probable cause would be completely illegal, but apparently not on the Internet, at least according to this report.

The US, however, did vote against this treaty, realizing that these particular governments were only seeking the power to suppress dissent.

While the US may have walked out on the treaty that the ITU was close to passing, it has taken measures within its own borders not so much to suppress dissent, but to monitor activity, mostly for profit reasons. For instance, the nation is now allowing the entertainment industry to monitor user activity and, in the event the RIAA or MPAA complains about a user’s activity, to curtail that user’s access to a service: Internet access. This is done without a warrant.

Financial information is increasingly monitored and regulations have become very dense. Even some payment processors refuse to process payments for legitimate services, based on the demands of the entertainment industry, in part. Internet traffic is also monitored, with taps on data centers having been publically reported long ago. Many users, in this environment, use VPN services to encrypt their information; asserting their right to privacy rather than assuming it is being respected.

Founded in 2016, iTop VPN is a secure and reliable VPN service provider that has over 10 million users worldwide.  iTop VPN offers Internet … END_OF_DOCUMENT_TOKEN_TO_BE_REPLACED

OVPN is a VPN service that is said to seriously uphold privacy and security. According to their site and several other sources, they don’t just … END_OF_DOCUMENT_TOKEN_TO_BE_REPLACED

VeePN is a fast and secure VPN service that protects your privacy online. With access to unlimited traffic and bandwidth, 10 simultaneous connections, … END_OF_DOCUMENT_TOKEN_TO_BE_REPLACED