If you want secure messaging on your mobile device, here are some apps out there that you should look at. 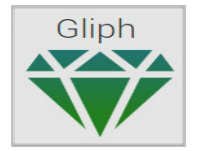 Gliph is available at the Google Play store for the Android operating system. It is a combination of a secure instant messenger and a bit coin payment app.

The features include group messaging and a QR code scanner built into the device. According to the developers, the privacy policy and the privacy controls on the app provide you with a great deal of control over what information you share. There are no advertisements included with this app and it does not make any effort to track your movements across the Internet.

Gliph can be used with other types of instant messengers, it provides email protection and it does work on desktop computers. You can send photos over it, delete conversations permanently and more. 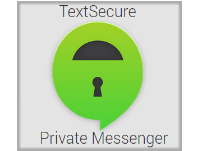 TextSecure is another messaging app that allows you to send encrypted messages to other users. This is an open source offering, so anybody who is interested and has the technical know-how can take a look at the code itself and see if it is secure.

TextSecure is a viable replacement for SMS messaging and the open source element does make it interesting, for certain. The servers for this app do not store your message data and, of course, it is encrypted, so it’s protected in any regard. 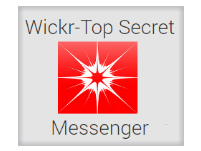 Wickr uses very tough encryption to keep communications secure. This particular product also has a very popular feature that allows users to set messages to, essentially, self-destruct after a time. It is capable of being used to send video messages and text messages, so it’s flexible enough to replace most IM apps. 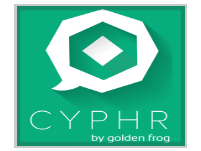 Cyphr is an offering from Golden Frog. The app allows users to exchange encrypted messages and, as they pass through the service, they’re protected by encryption so nobody can read them. Golding Frog refers to this as zero knowledge. Essentially, they don’t keep your information and they couldn’t read it if they did.

This particular app uses 256 bit encryption and public and private keys to provide privacy. These are tried-and-true methods of securing messages and, of course, Golding Frog has a good reputation for security.

Anyone of these messengers may be right for you, depending upon your needs and your comfort with the developers and their policies. It’s clear, however, that as communicating becomes easier and faster, people are demanding that there are ways for them to keep it more private.

Founded in 2016, iTop VPN is a secure and reliable VPN service provider that has over 10 million users worldwide.  iTop VPN offers Internet … END_OF_DOCUMENT_TOKEN_TO_BE_REPLACED

OVPN is a VPN service that is said to seriously uphold privacy and security. According to their site and several other sources, they don’t just … END_OF_DOCUMENT_TOKEN_TO_BE_REPLACED

VeePN is a fast and secure VPN service that protects your privacy online. With access to unlimited traffic and bandwidth, 10 simultaneous connections, … END_OF_DOCUMENT_TOKEN_TO_BE_REPLACED