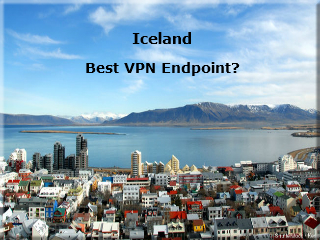 If you’re truly worried about your online privacy, Iceland may be the best endpoint for your conection. Kim Dotcom, who is in the process of launching an encrypted email service and an encrypted messaging application. These offerings were already in development before whistleblower Edward Snowden released information bout the NSA spying programs that rocked the Internet, and Dotcom is recommending that privacy and encryption startups should consider Iceland or other jurisdictions that are friendly to user privacy, according to an article in TorrentFreak.

Government spying on Internet traffic is known to be widespread in the US, the UK and Canada and Australia. New Zealand is also considering new monitoring programs that are proving worrisome to privacy experts and even to corporate giants such as Microsoft.

Dotcom, in fact, specifically warned against those aforementioned nations as particularly risky where privacy is concerned. The article points out that startups avoiding those nations may send a message to them regarding their privacy policies.

Dotcom is not the first person to suggest that jurisdictional layering, as it is sometimes called, is a good way to protect user privacy on the Internet. Jurisdictional layering involves using a VPN service in a nation that is known to be friendly to privacy or that is, at least, hostile to the nation that one is worried about being spied upon by. For instance, using a VPN endpoint in Russia would make it very unlikely that ones’ information would be shared with American intelligence agencies.

Iceland enjoys a good reputation for protecting user privacy. Other nations that have good reputations in that regard include Panama. These nations may increase security in several ways.

Log files, if they are kept by a VPN provider—and there are options in that regard for consumers—can be demanded by intelligence agencies. If they are located in a nation that doesn’t honor requests for that information—or if the log files are not kept at all—the danger can be eliminated.

Jurisdictional layering may also protect users by preventing intelligence agencies from accessing a domestic endpoint otherwise. Snowden himself said that encryption works, but that endpoints are often exploited by spying agencies such as the NSA. Move the endpoint to a nation where the NSA has no authority and, theoretically, the risk of being spied upon is greatly reduced.

None of this is for illegitimate purposes. Unfortunately, citizens in free nations now have to look to other nations to access a truly free Internet where they don’t have to worry about being tracked, spied upon and judged by unaccountable government agencies.

Founded in 2016, iTop VPN is a secure and reliable VPN service provider that has over 10 million users worldwide.  iTop VPN offers Internet … END_OF_DOCUMENT_TOKEN_TO_BE_REPLACED

OVPN is a VPN service that is said to seriously uphold privacy and security. According to their site and several other sources, they don’t just … END_OF_DOCUMENT_TOKEN_TO_BE_REPLACED

VeePN is a fast and secure VPN service that protects your privacy online. With access to unlimited traffic and bandwidth, 10 simultaneous connections, … END_OF_DOCUMENT_TOKEN_TO_BE_REPLACED